About pinpointing a bug on the iphone and mindfulness. 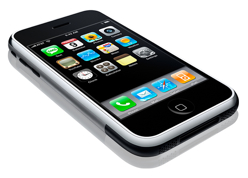 Two months ago my trusted smartphone started failing on me on an intermittent basis. In mid-conversation, people stopped hearing me, resulting in lots of confused hellos on the other end and eventually a whole lot of lost connectons too.

At first I was thinking along the lines of a hardware defect. My phone did end up on the ground a couple of times, and I thought that caused my microphone or antenna to be a bit dodgy. I decided to roam the internet in search of an explanation. That resource never failed me so far and I thought that with a little patience and well-chosen search terms I would be able to find some Slovakian or Belarusian forum-guy experiencing exactly the same problem. Well, none of that. I did encounter a lot of nationalities, and some of them I can’t even pronounce, let alone spell correctly. I also met a couple of Mac-savvy gurus with too much time on their hands, but no one recognized my problem or was able to help me.

I was puzzled. I had recently upgraded from version 2.2 to 3.0 – did the upgrade go awry? The problems started appearing around that time. Some more googling ensued. I got lost on strange webpages with flashing banners indicating I was visitor nr. 100,000. Another banner told me I had just won the green card lottery for a US visa – without even entering.  Miracles do exist. I got heavily distracted by ugly first-generation websites and decided to stop using the internet as my oracle.

I started doubting my googling and pinpointing skills, I even started questioning my phoning skills. How hard could it be to find the cause of a problem that is so easy to reproduce? I just needed to call someone or be called and within 5 minutes, people would stop hearing me. One hundred percent reproducible.

I was stuck here, so I decided not to think about it for a while to get a fresh angle on the problem. A couple of days later I noticed by chance that the problem didn’t occur when calling hands-free in the car over bluetooth. Wait, did the problem just solve itself, “automagically”? I called from my car again. No problem. I switched off the bluetooth setting and called manually. The problem re-occurred. Bingo!

Apparently it had something to with my phone-handling. As far as I knew I didn’t change the way I used my phone, but something was definitely different. I decided to be very conscious while calling, aware of every action I normally perform instinctively. Mindfulness for the iphone, but unfortunately without reaching the path to liberation and enlightenment. It must have looked rather strange to bystanders, but it eventually paid off. By using the phone in a kind of slow-motion way, I noticed that something was wrong with the light detection mechanism. The iphone is designed so that when you put the phone to your ear, the screen goes black to conserve power and to make it insensitive to touching. In this case it was the other way around: when I put the phone to my ears during a call, it went black but not much later turned back to an active, touch-sensitive state – something you normally don’t notice while being on the phone. Then I wondered… which options are active while making a call? And which one of these options would cause the problem of people not hearing me anymore, while I could still hear them? 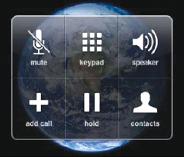 I felt a little bit silly after realizing that I had been hitting the mute button with my cheek for two months without noticing.

This iphone incident taught me a valuable lesson about testing too. All too often, we do things instinctively, without really thinking. Or we think we are thinking, but our minds are actually on autopilot, and we’re just going through the motions. Becoming very conscious about what you are doing will improve our noticing skills. Noticing is a core testing skill that helps us reveal information about our environment, our actions, ourselves and the product we are testing. When we become more mindful, aware of what we are doing – focus on the current moment – we might become better testers, too.

All this learning thanks to a faulty iphone, you just gotta love Apple!

Test Side Story is licensed under a Creative Commons Attribution-NonCommercial-NoDerivs 3.0 Unported License
Permissions beyond the scope of this license may be available at zegervh at yahoo dot com.
Follow me on Twitter