A comment on the Y2.01K bugs detected at Symantec and the DSVG bank group. 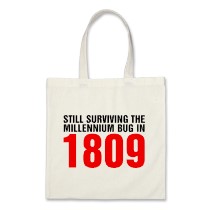 And a happy new year for the German banks as well, althought it must have been a not-so-happy-one for the DSVG bank group. Yesterday, they issued a statement  that some 20 million debit cards issued by the banks belonging to the group were affected by a “millennium bug”-like problem. Apparently the problem stemmed from a chip on the cards which, due to a programming fault, wouldn’t correctly process the number 2010. The group said cash machines were adjusted hours after the problem emerged to ensure that customers can withdraw money, but there may still be problems using some debit-card terminals. Those should be fixed by Monday, it said.

Monday? Like in Monday, January 11th? Like in “almost a week from now”? In full winter sales period, with the number of payment transactions generally hitting historical highs (who’s paying in cash, nowadays?), that seems kind of disastrous to me.

The same problem hit Symantec as well. The Symantec Endpoint Protection Manager (SEPM) server handled all dates greater than December 31, 2009 11:59pm as “out of date”.

Back in 1999, computer experts widely believed that hardware and software systems would fail as the clocks rolled over to the year 2000 because computers and other devices, which used only two digits to represent the year, would mistake the year 2000 for the year 1900. In the end, however, the so-called “millennium bug” caused few problems, because a lot of companies had anticipated the turn of the millennium with all possible resources. The computer software business was booming at the time. There were lots of new jobs. Granted, most of them were repetitive and rote programming and testing jobs, but jobs nontheless. Freshly graduated students were sent off to bootcamps to become ruthless programmers. I still dream about riding dinosaurs while yelling Cobol commands at them – but I digress. There also was a high demand for testers. A wide range of different people were transformed into software testers. Finally, companies were acknowledging the need for testing. Great! But apparently, not all testing (and programming, for that matter) was up to standard.

Now I don’t know the exact processing happening at Symantec or in the DSVG bank terminals, but this indeed looks like a sibling of that good old millennium bug. Maybe this was the result of a cheap and dirty Y2K bug fix where programmers put in a simple if <10 = 20xx otherwise the date is 19xx. In that case, this unwanted emergent behaviour doesn’t seem too hard to detect. Or does it? My 2 cent’s worth: this is what you get when performing scripted testing based on poorly thought-out boundary value analysis (aka domain testing) without exploring the software to know more about the risks. Or maybe they did explore, but they were only focused on that one known boundary called 2000. In both cases, testers failed to acknowledge other boundaries in the software that maybe simple talks with the developers would have detected anyhow. Michael Bolton talked about this in his Eurostar tutorial this year: the actual boundaries in a system may not be the ones we are told about – that’s why we need to explore. He also wrote this interesting article (pdf) on domain testing in Better Software magazine.

Test Side Story is licensed under a Creative Commons Attribution-NonCommercial-NoDerivs 3.0 Unported License
Permissions beyond the scope of this license may be available at zegervh at yahoo dot com.
Follow me on Twitter